Gearing Up for NaNo: Shiny 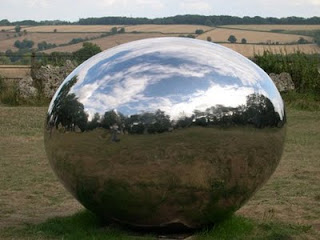 Once again, I am shamelessly stealing ideas from another blogger. Liana Brooks posted about the concept of SHINY, and I think it is downright genius, and not just because it reminds me of one of my favorite television shows. (Anyone know what I'm talking about? Yeah, you do.) Shiny in this context refers to an idea, memory, or image that is powerful to you, and therefore has the potential to kickstart your writing when you're starting to falter. These things don't need to be remotely important to anyone else, as long as they evoke something in you. If you write a list of shiny things in October, you have a touchstone of support when you're writing like a fiend in November. A place to go when your dull ideas need a little, well, shine.

I once listened to the voice-over director's commentary to an episode of Sex and The City* where he explains that this one scene between Carrie and Miranda just wasn't working, and they didn't know why, because the script itself seemed good; it just wasn't filming right. And then they realized... Twizzlers. The characters had to be doing something during the dialogue, and the perfect thing was going to be giving the characters those long red whips of candy to futz with while talking. Maybe eating Twizzlers and playing with them while talking with a best friend was on the subconscious "shiny" list for someone on set that day...

I've already linked to Lianna's list, and there's more shiny over at Inkfever. What shines for you?