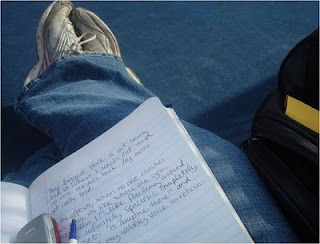 My beloved writing center Grub Street is offering two 6-week courses for teenagers, Generating New Writing and Workshopping Your Writing, that will run from 4-6pm on Friday afternoons starting October 14, 2011.
Grub is already home to the renowned Young Adult Writers Program (YAWP), and the new Teen Writing Camp programs are sure to be equally awesome. Generating New Writing is going to be taught by the inimitable and inspiring KL Pereira, and Workshopping Your Writing is going to be taught by, well...
Me.

This class is for teenaged writers who want to learn about and practice the art of ""workshopping"" one's writing. During this course, you will have the opportunity to “workshop” your poems and stories in class. We will discuss the strengths in your work as well as opportunities for revision. An inspiring and generative experience for young writers who are eager to develop their voice while helping others do the same. For writers age 13-18 ONLY.

SCHOLARSHIP OPPORTUNITIES: Grub Street is happy to be able to offer a limited number of full scholarships for this course. You are eligible for one of these scholarships if you are in a household that receives benefits from Massachusetts SNAP or Massachusetts TANF, if you are a foster child, and/or if your household’s gross income is within the free limits on the Federal Income Guidelines.
To apply for a scholarship, please send an email of no more than 500 words to chris@grubstreet.org describing why you want to take this class and stating that you meet the requirements above. At the end of the email, list the name and email address or phone number of one teacher or other non-relative adult whom we could contact for a recommendation. Please put "Fall Teen Scholarship" in the Subject line of the email. Deadline is 12:00pm on Friday, September 30th.

You can register for any of the teen classes HERE. If you register for my course, know that all genres are welcome, as are novelists, short story writers, writers of narrative non-fiction (e.g. memoir), and poets.
I hope to see you there!
Posted by CKHB at 5:05 PM 3 comments:

How To Set A House On Fire

Because my last post, The Orange by Benjamin Rosenbaum, got more hits in twelve days than any of my other posts have EVER gotten (I'm not hurt, no, not at all)... here's another short story that I love. Award-winning short film adaptation above, original flash fiction below.

How to Set a House on Fire
by Stace Budzko
Before you light the gas , light a cigarette under the old red maple in the front yard, under the hunter’s moon, and take a last look. Before this, walk through the ranch house with a miner’s lamp and pesticide sprayer topped off with high-test racing fuel. Before it was your house it was your father’s house and before it was your father’s house it was his father’s too. Before foreclosure on the family farm, before the new highway. Spray the gaps in the oak floorboards and get into the heating ducts, hit the horsehair plaster and take out electric sockets, then run a heavy gas line out to the barn. There is the combine. That is a backhoe. At one time chickens lived here. Before leaving, make sure the hay bales drip with fuel. This was feed once. On your way toss your house keys into the water well. Before doing anything else, make a wish.

After filling the birdbath next to the old red maple with the remaining octane, call Herm up at the fire station. After he gets on the line tell him to come over and bring a truck or two– with a crew. There’s not much to see now, really. After he asks why, tell him. Tell him how the fire line went from where you stand to the well and then zigzagged to the barn, and after the farm equipment blew to the sky tell him how the furnace did the same. A chain of events, explain, a chain of events. After the windows kicked out there wasn’t much anyone could have done. And after Herm asks if you would do it all over again, tell him you would. But come anyway, Herm. Tell him that.
Posted by CKHB at 6:18 PM 9 comments: An orange ruled the world.

It was an unexpected thing, the temporary abdication of Heavenly Providence, entrusting the whole matter to a simple orange.

The orange, in a grove in Florida, humbly accepted the honor. The other oranges, the birds, and the men in their tractors wept with joy; the tractors' motors rumbled hymns of praise.

Airplane pilots passing over would circle the grove and tell their passengers, "Below us is the grove where the orange who rules the world grows on a simple branch." And the passengers would be silent with awe.

The governor of Florida declared every day a holiday. On summer afternoons the Dalai Lama would come to the grove and sit with the orange, and talk about life.

When the time came for the orange to be picked, none of the migrant workers would do it: they went on strike. The foremen wept. The other oranges swore they would turn sour. But the orange who ruled the world said, "No, my friends; it is time."

Finally a man from Chicago, with a heart as windy and cold as Lake Michigan in wintertime, was brought in. He put down his briefcase, climbed up on a ladder, and picked the orange. The birds were silent and the clouds had gone away. The orange thanked the man from Chicago.

They say that when the orange went through the national produce processing and distribution system, certain machines turned to gold, truck drivers had epiphanies, aging rural store managers called their estranged lesbian daughters on Wall Street and all was forgiven.

I bought the orange who ruled the world for 39 cents at Safeway three days ago, and for three days he sat in my fruit basket and was my teacher. Today, he told me, "it is time," and I ate him.

Now we are on our own again.

Scenes from a Mumbai taxi

My husband is in Mumbai this week for work. He took these videos with his Blackberry. Consider them your writing prompts for the day...

No one cares about your beautiful language. 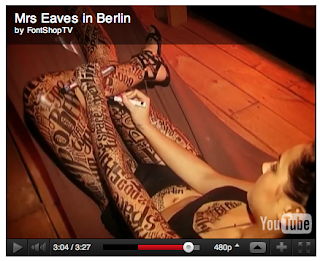 Back at the end of June, I took yet another Grub Street class with author Steve Almond. I just today found some of my notes:
...and...
Our friend Kurt seems to agree, using even more brutal language himself:

"I think it can be tremendously refreshing if a creator of literature has something on his mind other than the history of literature so far. Literature should not disappear up its own asshole, so to speak."
- Kurt Vonnegut, Palm Sunday

In other news, I'm solo parenting this week. Wish me luck...

I don't normally Tweet from the Bible, but you gotta like this one:
Prov. 6:34, New International Version