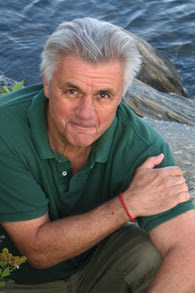 Post subtitle: In which I turn into a squee-ing fangirl

I hereby give my undying thanks to Nathan Bransford for linking to the Big Think Interview with John Irving. Give it a listen; it's the most wonderful half hour ever.

Nathan linked to it because Irving expressed sympathy for young writers, but I'm linking to it because I think he says some amazing things about how he writes (and rewrites), about recurring themes in his work, and about his own literary inspirations. Also, because he's my favorite living author, and my admiration for him and his work is overwhelming... he just takes my breath away. 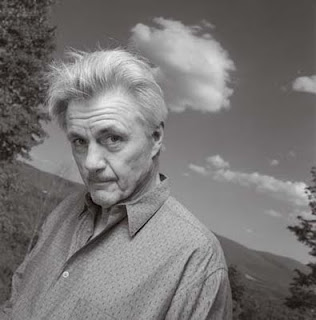 When was the last time you revisited the authors who make your heart skip? It has been way too long for me. I've been doing my how-to-get-published research and I love my copies of On Writing and Bird by Bird and I've been reading plenty of entertaining novels because (1) they're in my genre and I need to learn about what's happening in my area of publishing right now, or (2) a friend wrote it, or (3) it's a genre I don't write in, and I'm trying to expand my horizons...

But what about the novels that don't just entertain, but have actually moved me? The books that changed my life? When was the last time I reread those? It's so easy to get distracted. 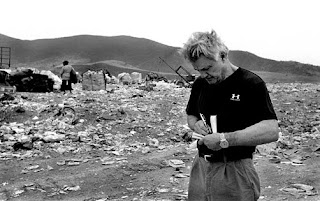 John Irving moves me. And getting to hear him... scratch that. Getting to see him, talking directly to the camera as though it was a private writing class just for me, is making my heart flutter again.

He talks about how he writes the last line of his novels first, and then uses that as a kind of touchstone to help him guide the story towards its final destination. I write my last lines very early on in the process as well.

He talks about writing all his first drafts in longhand. I only write longhand intermittently, but in retrospect I'm starting to realize that many of my best scenes, the ones that hardly needed any editing at all, were written longhand in their first draft.

He talks about consciously taking the elements he admired from writers like Melville and trying to recreate certain aspects of that kind of storytelling in his own writing. Why the hell am I not doing exactly this with Irving's books? 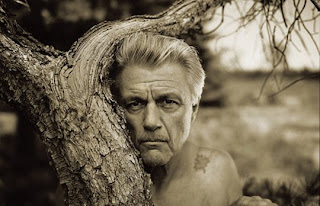 I think I've been afraid. I think I haven't been daring enough. I think I was thinking too small. I am in awe of books with grand scope, and I have consciously thought "I could never do anything this good" after reading novels like Franzen's The Corrections, and Irving's The World According to Garp and The Cider House Rules.

But I haven't even tried. 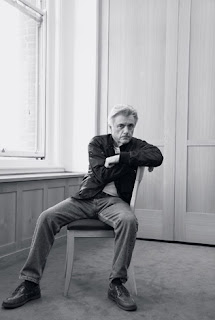 Don't get me wrong, I still I love my first novel. And in many other ways, it is quite ambitious. Another book that I love, Commencement, was described on the back cover as "hitting the sweet spot between Serious Literature and chick lit" and that is what I have been saying I want to do...

I didn't set out to write chick lit, it just -- apparently -- is. From a strictly industry perspective, that's the category for a first-person female narrative with a confidential tone. It just is. And so I'll embrace it for that novel (at least until I find an agent who "gets me" and can help me figure out if that's the right label going forward). But actively planning to write another "chick lit" novel because of all that stuff I've been reading about the importance of brand for new authors... I think that's a mistake for me. If it is, it is. But genre -- any genre -- isn't something I should be aiming for. I need to find my next story in another way, and I'll have to trust that my author's voice will be enough of a brand.

I've been very scared of writing my second book because I wasn't sure if I'd find material that means as much to me as the material in the first novel does. And I have something that I've been idly working on, and I'd hoped NaNoWriMo would jumpstart it into something bigger, just like the first book. But I don't think the extra keyboard/typing time is going to do it. I think I need more thinking time. More outlining and handwriting with my fountain pen and legal pad.

I'm intimidated as hell. But I've got my new John Irving in hardcover, and I'm getting the rest of his books out of the back shelves and onto my desk front-and-center. I'm going to raise my aspirations. I may fail, and I hope you'll all stick with me if it turns out that I am a "small writer" and this experiment ends up going horribly wrong.

I have to try.

Because I'm pretty sure that's why I started writing in the first place. 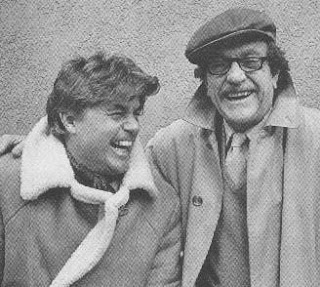 Email ThisBlogThis!Share to TwitterShare to FacebookShare to Pinterest
Labels: Ask Me Anything, Inspiring Authors, On writing