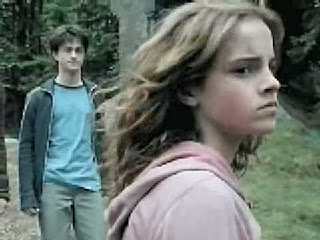 I'm going to take a moment today to talk about the expectations we have for the gender roles of fictional characters, in particular female characters. Nothing too heavy, just a few thoughts.
Has everyone seen Joss Whedon's series, Buffy the Vampire Slayer? Never mind, that doesn't matter. In season four of that show, there's an episode called Hush in which some nasty-bads called The Gentlemen steal everyone's voices so that they can go about their evil business (cutting out human hearts) without anyone being able to raise the alarm. According to the fairy tale books (that are in fact real historical documents and real research in the Buffy-verse), the only way the destroy the Gentlemen is for the "princess" to scream. Of course, the characters have to get their voices back for that to happen. In the end, one character smashes the box containing the voices, and Buffy cuts loose with a scream (video here: scream happens at approximately 5:30).
The first time I saw this episode, I was blown away by that scream. Because it wasn't a high-pitched girly-girl scream. It came from her chest, not her head. It had anger in it. (And, of course it would, if you know anything about that character.) And I thought that it fit perfectly in an episode that managed to convey so much with next-to-no dialogue.
It's annoying that this kind of characterization is rare enough that I noticed it so dramatically.
Maggie Stiefvater is also a little cheesed off about girly-girl and manly-men stereotypes (And Now, I Scream, Because That's What Girls Do), and Malinda Lo has also taken on gender stereotypes from a queer perspective (Avoiding LGBTQ Stereotypes in YA Fiction, Part 2: Gender, although I don't see any reason why her post should be limited to YA).
Now, last week Will Burke was kind enough to pass along The Versatile Blogger award to me, which asks for me to share seven things about myself. I've recently done some "ask me anything" style posts, so instead I'm going to share seven things about the main character in my first novel. And, with gender stereotypes on my mind, here are seven things that may or may not make her a typical "girl."
Forget about gender roles, men and women. What is one thing that makes your main character HERSELF or HIMSELF?
Posted by CKHB at 10:00 AM